I couldn't do it anymore, I could not look at my ugly fireplace with a hearth that extends the length of my room. 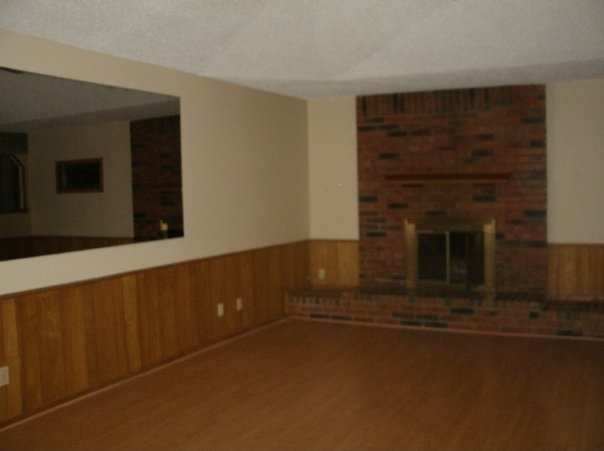 Really what I was thinking is... who In their right mind would build a fireplace hearth that long? Look at all of the space that is taken up! 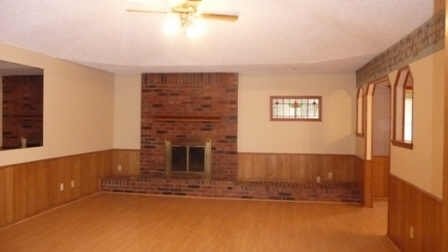 So last night I googled what "could" be underneath this hearth! Everyone everywhere said more then likely it was just some 2x4's that were framed out and some plywood. I went out into the living room and told my dear husband that it was time, that I needed the tools to just knock out one brick. 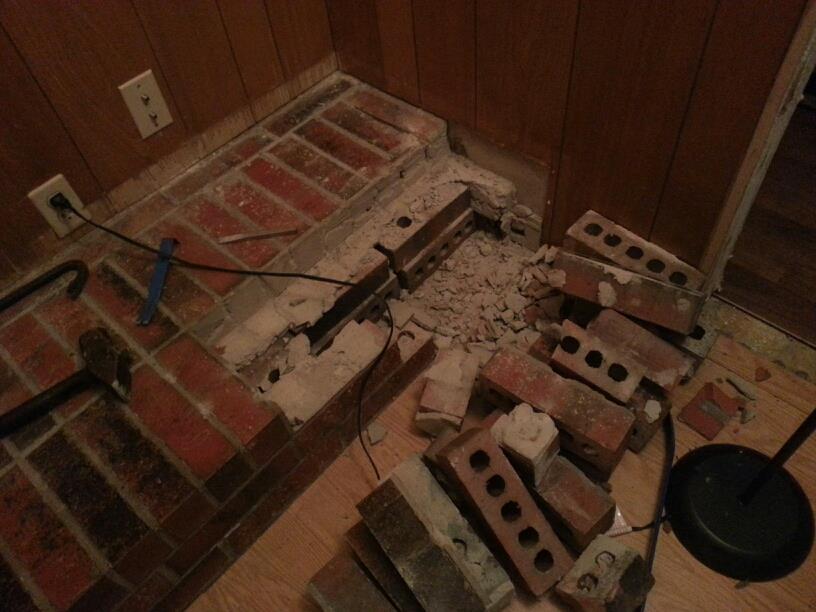 This is what my "one brick" started with, because after one brick we still thought there was just plywood and that it was framed out. So I figured whats a few more going to hurt. Do you see what I see? My dear friends that is not a framed out fireplace... oh no that is a fireplace that was built with bricks all the way through! 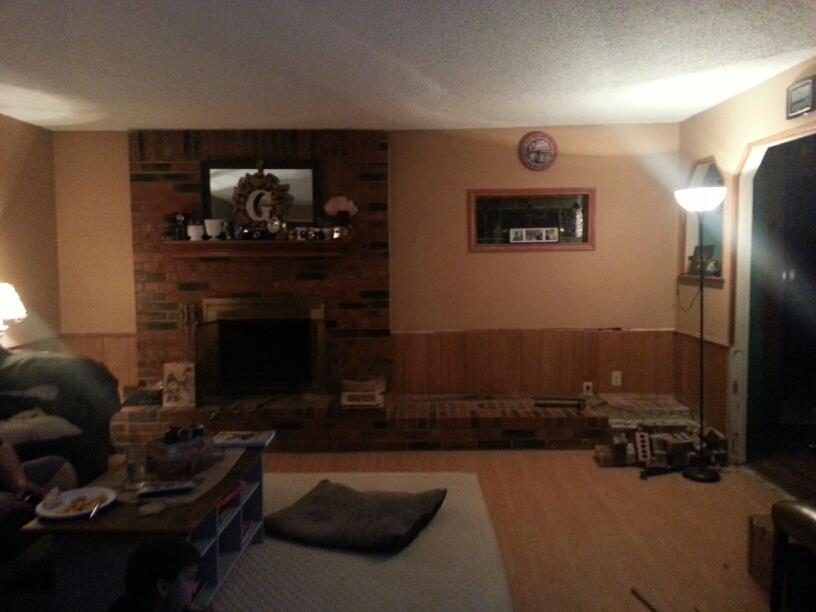 Every time we do a project in this house I question what the people were thinking when they "remodeled" the place and added a 20 foot hearth, fireplace, raised ceilings, and crappy baseboards (thats another story). You see these under layers of brick weren't even secured in, just sitting there. Only the top layer of bricks got any cement and it was like it wasn't filled in completely either. 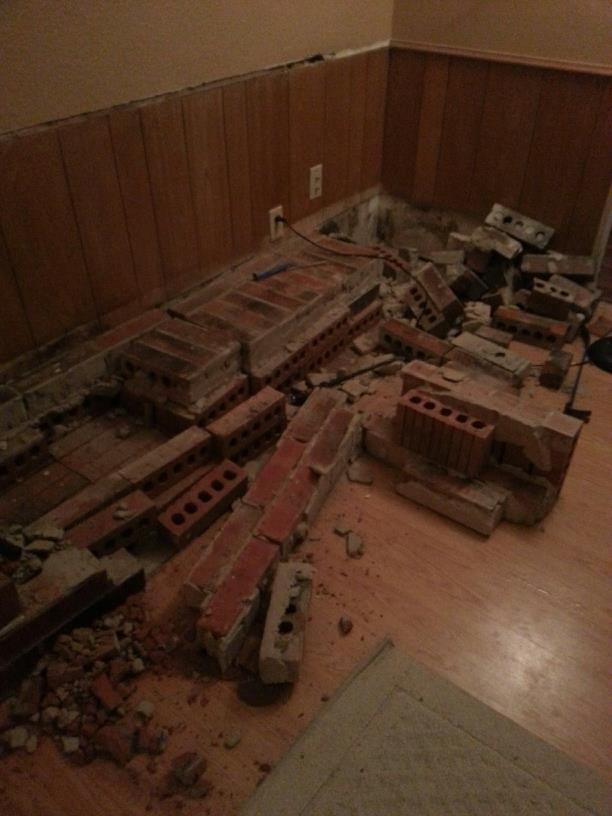 This is where I left it this last night, with all of the major parts broken up. Now its a matter of throwing it all in a will barrow and taking them outside. I guess this is being determined as my project for this weekend, to clean up my Thursday night google fiasco!

PS I am super happy about this... do you know what I can do with all that unused space?

I was honored to be able to host a baby shower with my friend Marissa for a very dear friend of mine Shelby! She has had a rough year like most of us, but has been blessed with a pregnancy of a little girl who will be named Racelynn! 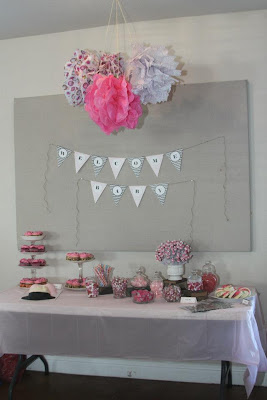 Here is a picture of the cake and candy table, simple decorating with pom poms. The candy bar was a hit! I dont think anything came home which was the ultimate goal! Her aunt had her cake made custom for her, but more to come on that later!

Tacos were on the menu, we had beef tacos with all of the fixings under the sun, as well as some chips and Salsa. For drinks we had some Strawberry lemonade and some sweet tea! The lemonade was something that I canned myself last year! Its a refreshing drink that you mix with 7up and it tastes delicious! 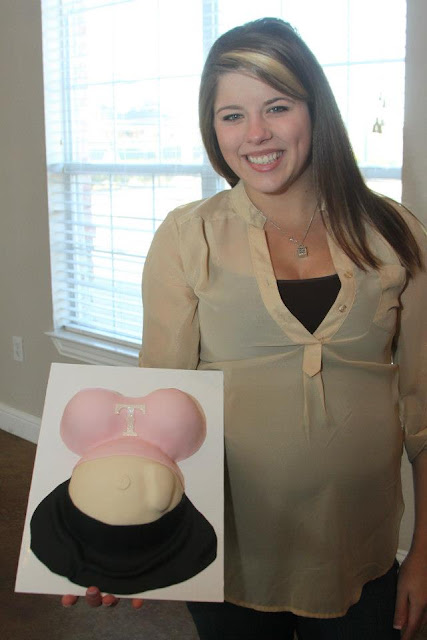 Here is the very beautiful Shelby and her awesome Texas Rangers Belly cake! One of my favorite parts about this cake is the little footprint through the belly! Shelby was glowing could you tell? This was her only baby shower, and i sure thing that we wowed her with all of the work and dedication! 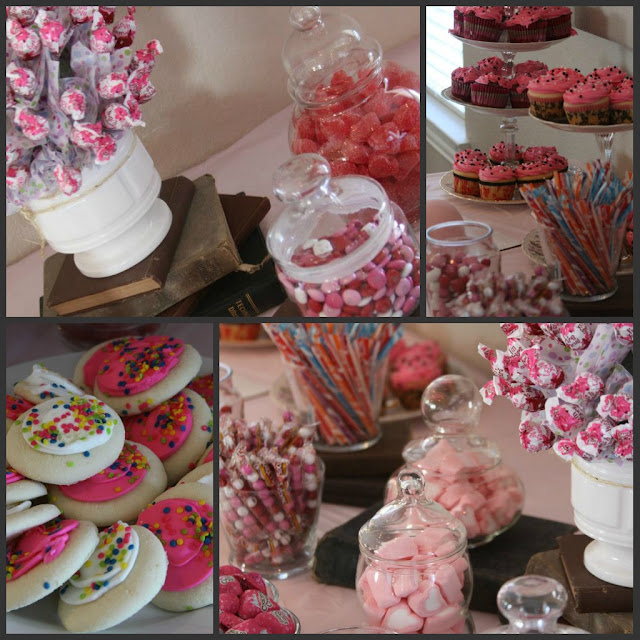 Here is a quick up close over view of the candy we offered! If you are doing a baby shower for a girl anywhere near Valentines day then you are in luck! The pink candy is out in full force right now! Pink Marshmallows, cookies, suckers, sixlets and chocolates all over the table! 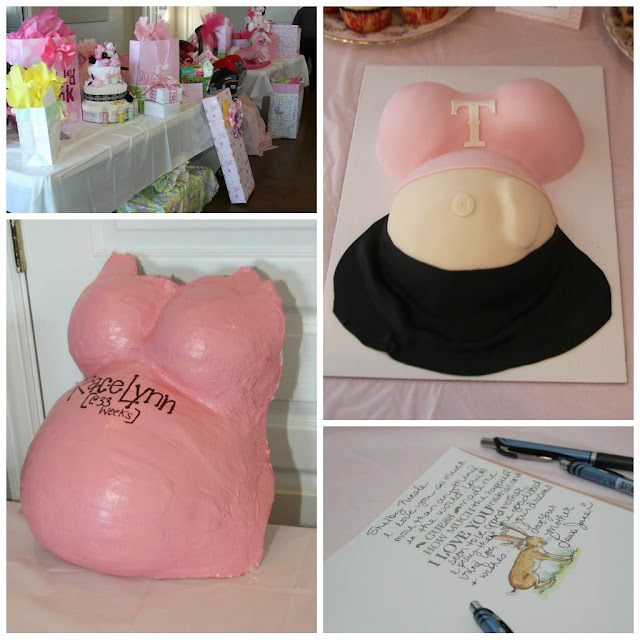 A couple of things that were different and unique about this shower, we had two tables of gifts, because there was somewhere around 40 people who came to the shower! Holy cow!!! She also did a belly cast a few days before the shower and everyone signed that. Also instead of signing into a guest book we got the book "Guess how much i love you" from amazon! Everyone used the book and was able to write a special little note to Racelynn and Shelby in it! 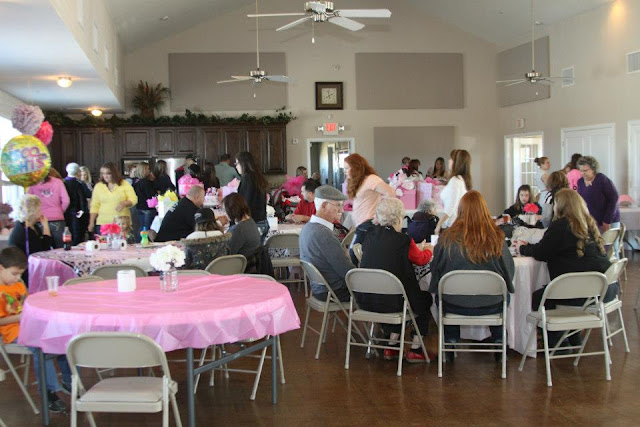 A picture of the room set up! We had a ton of people there, I had bought 48 clothes pins for the "baby" game where you cant say that infamous word and 4 were left on the table! 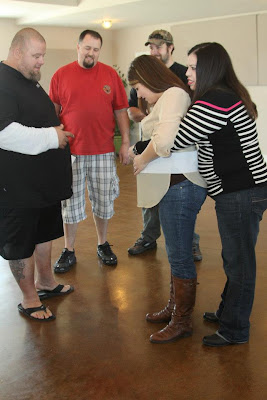 Another unique thing is that there were several guys in attendance. Many of them told me that the shower was just the right amount of girly without being too bad for them to be at! Well one of the guys won the toilet paper around the waste game! 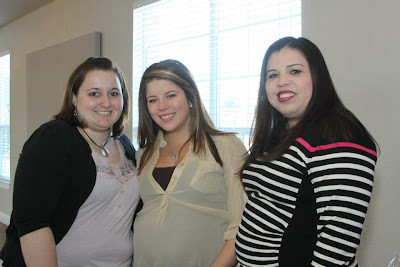 This is me, Shelby, and Marrisa my fellow host for the shower! We had such a great time honoring the Mother to be, and are blessed to have her in our lives!

Robert and Me at the Wedding